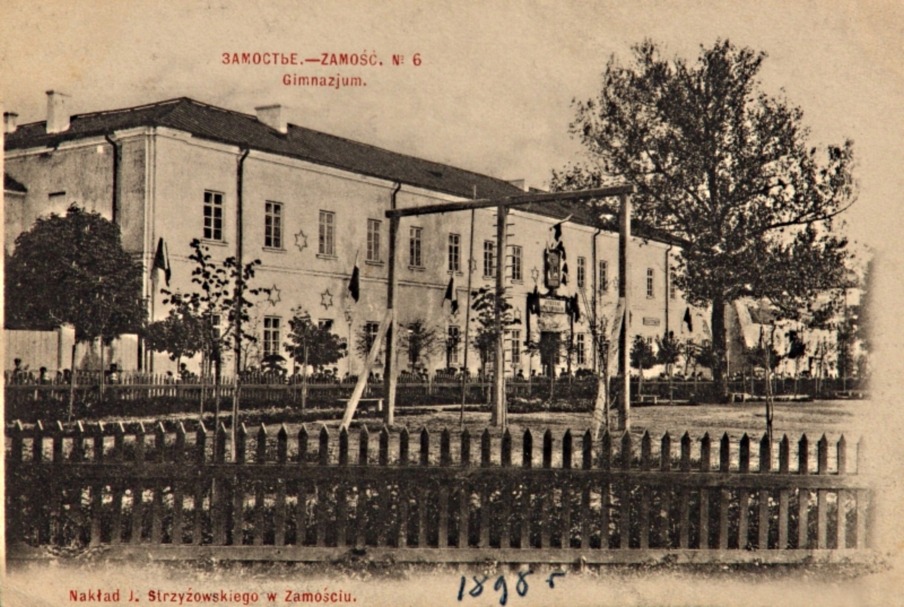 Two gymnasiums and two high schools of the new type, the building takes over, and as if remembering Ossoliński's intention, who originally wanted the "Ossolineum” put, as if he wanted to maintain the old tradition, also the Central Pedagogical Library.

Because that one, the basis of which was the collection of the first bibliophile in Zamość, Jan Zamoyski, and multiplied over the years by nearly 1,500 books from the Szymonowicz collection, and the beloved works of Kacper Trądkowski from Gielniów, Bodzęcki Wojciech, Jan Niedźwiecki, Szymon Birkowski, Drezner Tomasz, Solski Kacper, Melchior Stefanowicz and many Chełm bishops, on account of the chancellor of the Academy in accordance with the papal bull, became part of the famous Library of Zamość Estate in Warsaw, counting five thousand copies and one thousand five hundred manuscripts on its dissolution by the Austrian Government.

Large, a four-sided building with a patio in the middle, with beautifully outlined gaps in vaulted rooms and corridors, it seems to be still a long time ago. In the dreaming eyes of looking at him now, high above the front wall, mansard roof. A beautiful portal on double columns supported by columns emerges from under the plaster for centuries.

A group of students come out of him, modestly looking down to the ground, hands in loose sleeves, covering dark garments. They are the audience of holy theology, rushing to the building located closer to the collegiate church.

It is the laughing youth to the dormitory erected nearby, nonexistent today, returning from morning lessons, he fools around with the Żaków custom.

A crowd of students is running fast - these are you, who, together with the orderly infantry, and with the city guards, defended the second bastion of the Szczebrzeska Gate during the siege of the city by Chmielnicki.

A flash of the crimson tassel of the black professor's toga draws our attention and we watch the figure moving silently, to little, like a chick next to a coconut perched near the Academy house.

A muted buzz can be heard from the vaulted hall. Interesting eyes watch the audience. Every now and then one of the marble urn secretly throws votive offerings. It is the election of a new rector in the minds of professors and student representatives of nations. A oto i on, chosen, clothed in a stray velvet that has been lying on a stool so far, ponsowa, wide, golden galloon brimmed toga - with. purple mozzetta with an ermine rim in the hand. A faint gold chancellor's chain rang before cheering shouts and bedells, wielding silver sceptres, they will lead the chosen one into the blue of cloth robes through the streets. 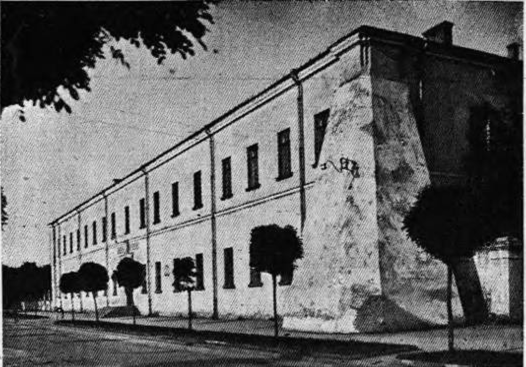 And here is a long line of young people from the sanctuary of science towards the collegiate church on Saint Patron's Day. They will return in the procession in the evening, in the light of glowing candles, at the traditional midnight walk around the academic building with a pious song on its lips.

Oto Vanozzi, papal legate - although it was never alive in this building, because he did not exist yet in our city - he admires the books and haunts the dormitory.

Here is September, the autumn but warm sun is watching Bazyli Rudomicz seriously, rector's figure, as the head of the Academy's delegates, Michał Korybut leaves for the coronation journey far away to Krakow, from whom he will bring the university confirmation of the privileges granted so far and will obtain a new one, granting and exclusive nobility to professors, within twelve miles of the town the law of teaching.

Jan III Sobieski will approve them soon before he honors with his royal visit and happily turns up his mustache in one of the rooms..

It is again the papal legate of Fr.. Giovanni Antonio, time of summer they came to Zamość, he will look at the walls of the Academy - in the absence of professors, who went on summer holidays, guided by the service - and with curiosity he will reach for library books and manuscripts, golden dust in the glare of the August rays of the sun shaking off them.

Here is Rector Krobski with the professors, clothed with their garments, waiting for the visitor at the gate, and in a moment, who arrived to visit noble, Grand Hetman of the Crown, Adam Mikołaj Sieniawski, will be able to cool down the academic halls.

Again, another rector changes things, Another king is going to assist at the coronation - Baltazar Dulewski - carrying a new, a toga was made for this ceremony by the ordinate Clement, is heading for the anointing of Stanisław August, from whom confirmation of privileges will be obtained.

And for decades, for a century and a half, having nearly jumped from the visit of Emperor Joseph II, let's look into the gray eyes of our visitor's dearest hearts, hidden under a lowered eyebrow, visitor in a modest, gray dress uniform. - So he passed us and Józef Piłsudski disappeared deep inside the building, The resurrector of Poland, State Builder and its Governor.

A ten, how famous, the benevolent smile of the President of the Most Serene Republic of Poland is still looming under the closed eyelid. In solitude, Professor Ignacy Mościcki spent a few moments in the memories of his carefree, boyhood years, listening, will he be taken away from under the vaults by the patter of quick feet, or a joyful youthful exclamation - and then with Stefan Miler, a professor of nature at the local gymnasium and the founder of the Zamość "Zoo", will go sightseeing, the persistence of one man, with the help of students' hands, a garden was created, novelty, which in his time, when he was leaving his home town of Skierbieszów to Zamość to study, it wasn't there yet.