Next to the cathedral, the rectory called. an infill – currently the seat of the religious museum, erected at the end of the 16th century, rebuilt in 1620 r. by the infuat of Mikołaj Kiślicki, decorated with a richly decorated early baroque portal with the coat of arms of the founder of Prussia. The museum houses vestments and liturgical equipment, the coronation album of Michał Korybut Wiśniowiecki, many reliquaries (m.in. st. Jan Kanty with 1703 r., with a hem of a robe – velum of the Blessed Virgin Mary from trans. XVI i XVII w., st. Thomas), portraits of ordinates and inflatives, a late gothic baptismal bowl with a scene of the Annunciation (XVI w.), baroque brown shell-shaped baptistery from the middle of the. XVIII w. probably made in a French workshop, bust in bronze of Jan Zamoyski from the 18th century. On the catechetical building there are tablets with 1981 r. mentioning names 28 inflatas and deans of the collegiate church in Zamość. In the area of ​​the church there is a monument to Pope John Paul II, designed by. Józef Gaza with 1988 r. The area around the church to 1765 r. served as a burial cemetery. Do XIX w. there was a tombstone of the Swedish field marshal Arvid Wittemberg, d. w 1657 r. in Zamość as a prisoner of war.

From the cathedral, we go to the Arsenal – Color and Arms Museum (the. Castle 2). It was funded by Jan Zamoyski, erected in l. 1582-84 by B. Moranda and served as an armory and, thanks to the collected war trophies and gifts, a place of glory and victories for the chancellor and hetman. Rebuilt in 1630 r. and in l. 1820-25 by J.Ch. Mallet-Malletskiego (in the classicist style, extension of the three-arcaded portico). Military exhibition on the ground floor: melee and firearms, cannons and parts of weapons used in the 17th century. and the history of the Zamość fortress shown through two models of the city and models of defensive walls and bastions. Temporary exhibition halls on the first floor. An open-air exhibition is connected with the Arsenal (at the intersection of Podgroble and Szczebrzeska Streets) heavy weapons used by the Polish People's Army during World War II. 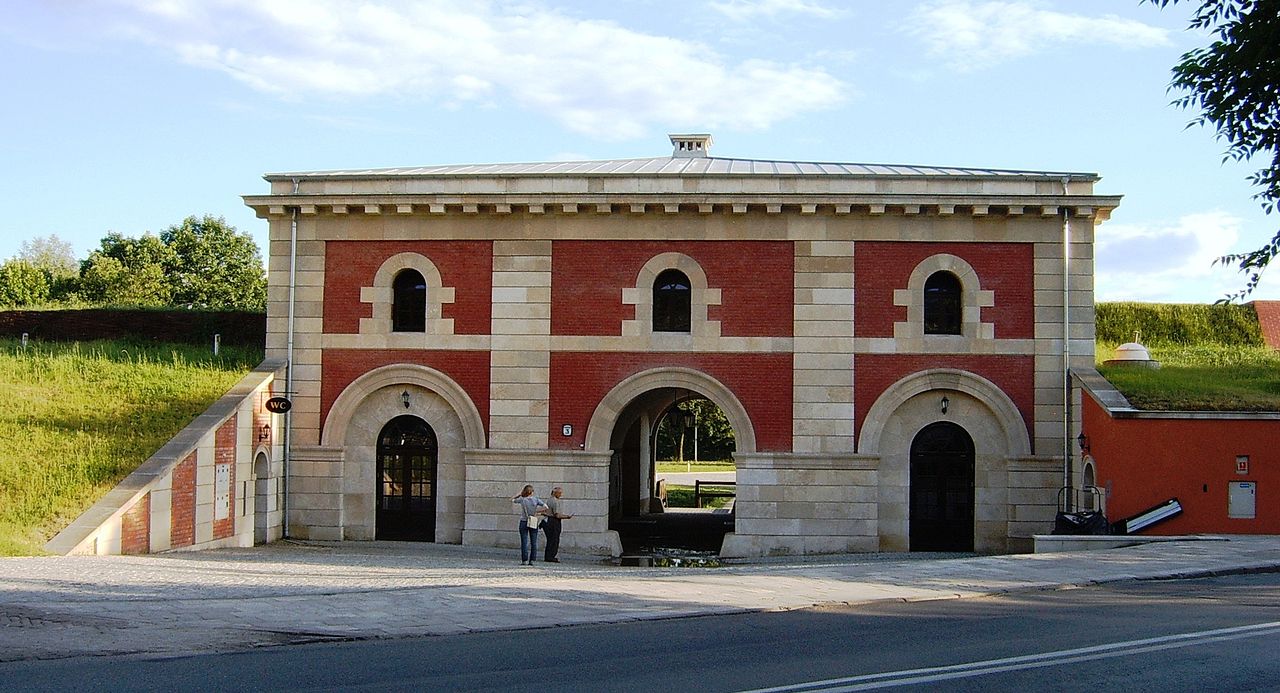 On the south. The Szczebrzeska Gate was erected from the Arsenal 1603-05 according to the design. B. Moranda, rebuilt in l. 1770-71 and 1821-25 in the classicist style. During the period of the Kingdom of Poland, it housed a prison, in which he stayed for several weeks as a prisoner at last 1825 r. Walerian Łukasiński. In front of the gate, the building d. guardhouse z 1825 r. in the classicist style.

From the Arsenal we go to the palace. The Zamoyski Palace was built in the. 1579-86 according to the design. Bernardo Moranda on the axis of urban composition. It had its own fortifications, monumental two-winged stairs leading to the piano nobile (great reception floor) and a tower with a terrace. W l. 1660-63 theater performances took place in the palace. Exhibited, among others. "Cyda" by Comeille and "Poland invaded by the Swedes" – anonymous author. At the end of the 17th century. the second floor was built over (according to the design. J.M. Line). W l. 1747-51 roofs changed to broken ones and connected by galleries with the rear outbuilding (proj. J. de Kawe i A. Well). Another reconstruction took place in 1. 1806-09 (according to the design. Christian Piotr Aigner, Jakub Hempel, Henryk Ittar). Po 1831 r. conversion into a military hospital, elevation of the 2nd floor. From 1866 r. adaptation to the seat of judicial institutions. In the courtyard there is a stone statue of Jan Zamoyski from before 1939 r. made by Antoni Madeyski, placed in this place in 1980 r.

One thought on “Zamość - Sightseeing - Route 5”