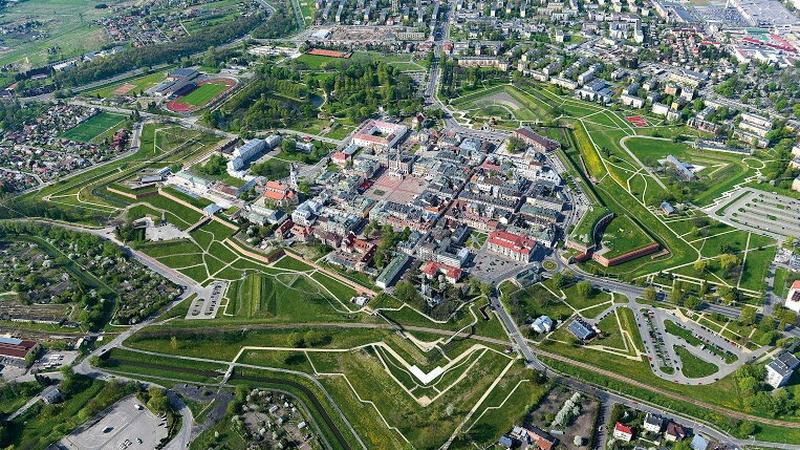 Tracing the process of building the castle as well as the planning and construction of the city of Zamość from scratch, on the so-called. raw root (in raw root), as well as the construction of fortifications surrounding this residential and municipal system is in command, the great professionalism of the architect Bernardo Morando and the great organizational sense of the city's founder, Jan Zamoyski. The creation of such an organism, which impresses even today with its spatial arrangement, architecture of the building and architectural details speaks of a great sense of space, landscape and aesthetic of a Pole and an Italian.

Perhaps, successive lords and architects in their service should be called outstanding landscape architects, who were able to perfectly arrange the space, and horizontally, and vertical.

The opinions of travelers may prove this thesis, guests and tourists visiting Zamość, who noticed its advantages in the macro-scale outlines of the city, in historic square and linear urban interiors, as well as in the microscale of architectural details.

In the rich history of the city, architectural transformations of individual buildings took place. The monumental buildings underwent the greatest "modernization" in the period 1815-1866, when the tsarist authorities wanted to create the main fortress and prison of the Kingdom of Poland from Zamość.

However, once independence was regained, in 1918 r. the municipal authorities started to restore the buildings to their former decor. From 1936 r. the cultural values ​​of the city were emphasized in various documents. This obligated the planners, town planners, architects and conservators to include protection and maintenance requirements in the prepared spatial development plans and revitalization programs. This has been done with varying degrees of success, because the decision-making guidelines sometimes did not match the designs and intentions of architects and town planners.

In years 70. XX w. Five objects outside of this structure were introduced into the historic layout of the Old Town. Nothing has been done so far, to give these buildings an appropriate decor, following the example of their predecessors from the interwar period, referring to the interior, in which they are located. The inertia of the authorities may be even more surprising, that for sixteen years Zamość belongs to the elite group of UNESCO World Heritage Cities.

If there was only one building in Zamość's old town that would break with the urban and architectural canon of the city, it could be left for cognitive and educational purposes. But there are as many as five such "specimens" in the Old Town. If all the buildings were owned by the city, it would be easier to make a decision about their thorough reconstruction. The fact that four buildings remain in the hands of natural and legal persons complicates the matter, but it is not impossible to solve.

The mayor and city authorities should be reminded of the opinion of professor Maciej Pawlicki, expressed in the pages of the local press: “Gothic cathedral in Cologne, symbol of Germany, obscured in recent years with large office buildings, may be removed from the UNESCO World Cultural and Natural Heritage List. The procedure in this case has already started. Entering a monument on the list does not take place once and for all. It can also happen to Zamość ".

Managing the landscape in the historic center of Zamość is not an easy task, but feasible, which successive Zamoyski ordinates proved. It is a task of "continuous continuation", which faces subsequent local authorities.