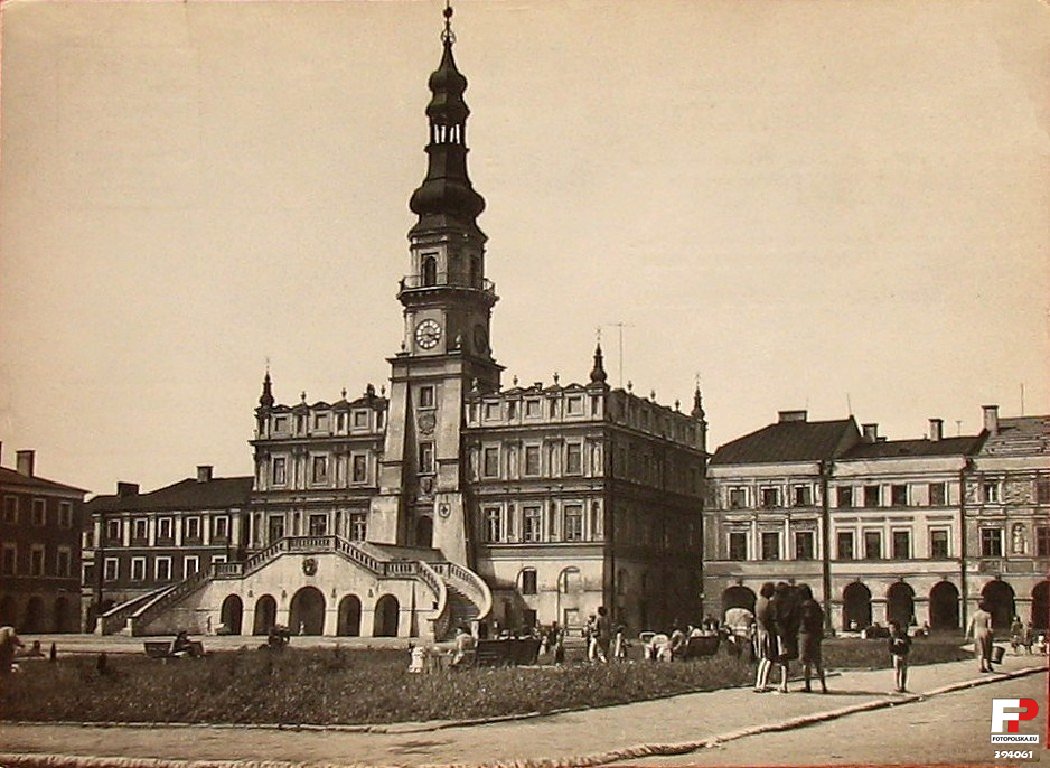 We'll go there first, where all the inhabitants stop in constant admiration as they pass by, and even at night they like to go - to the market square.

Quadrate, spacious and overgrown with green lawns, not the market, or rather a yard, some kind of courtyard of a Renaissance mansion, with equal arcs running along the four sides, gray arcades and tenement houses with a pastel rainbow above the arcades. Some of them are richly carved, as if the splendor of the very beauty of the Renaissance line was not enough.

The greatest variety of decorative facades was concentrated on the northern side of the square. Fancy and irregular, it has something eastern about it. These are houses built mostly by Greek and Armenian merchants, who moved here from Lviv, where they came from directly, already established the richest forms of secular architecture, filling the planes tightly with a bas-relief. 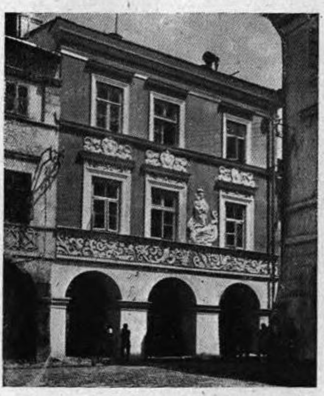 Here is from the greenish mortar of the walls, in the midst of a wealth of ornamentation, from between the white pilasters, Madonna looks at us, st. John the Baptist and is shown in the corner, under the saints, a shield with the coat of arms of the Zamoyski family and their relatives, proving it, that the house once belonged to their family.

Here is warm, a subdued yellow color, the other one pleases the eyes, with a delicate drawing of a frieze running just below the attic and with grooved window frames. 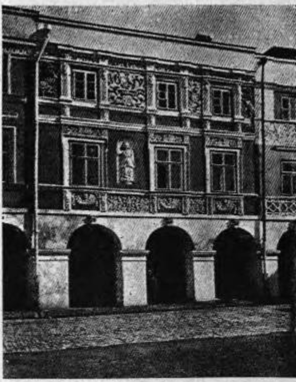 Here's in that, the pawim, deep, yet a joyful shade, gray flares on the golden sash stripes, clever ornaments, made by hardworking hands, stone masons who feel beauty - three hundred masons from before. 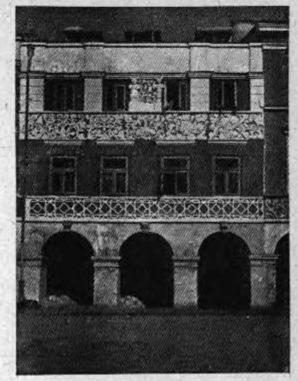 Here is from a lemon background, over the ruffle of the wavy stalks of the ornament, the white figure of the Madonna emerges with the child standing on the dragon. Once upon a time, this bourgeois house looked different. Storey only, ended with a high one, a neat attic, with the same decorative motif as in the town hall inter-window spaces.

Next tenement houses, no ornaments whatsoever, simple, they rest proudly on buttresses, huge in the ground.

One of the next blocks starts with a house with a statue of St.. Kazimierz Jagiellończyk in a religiously standing niche; therefore his shoulders are covered with a royal mantle with an ermine collar.

Among the others, white attracts attention, with gray underlining of the window frieze and upper window projections, ornamented with stucco with pearls and ovaries, or the juicy green one, almost falling into emerald, with a rich creamy relief, or the pink one with an ornament made of circles.

Now let's take a look at the brick one. When renewing it, from under a layer of lime from several dozen years ago, the painting imitating brick was washed away and the whole thing was restored. This tenement house has the most beautiful arcade arches, with floral motifs.

All the old colors are extracted from under the plaster layers, now they shone on the tenement houses around and, especially on sunny days, they play with a gamma of distressed colors under the blue sky.