The idea of ​​building a monument to Jan Zamojski.

The briefly presented biography of Jan Zamojski proves, that this outstanding Pole and European, Renaissance man, should have a monument. The inhabitants of Zamość had known about it for a long time – cities, which, thanks to its founder, has so realistically realized the “dreams of architects – humanists about an ideal city, beautiful in the plan, like a geometric ornament, with a limited, almost anthropomorphic structure, internally related perspectives of streets closed by logically situated more important public buildings ".

Therefore, in 1929 The first Civic Monument Building Committee was established in the year. Since then, it has been debated, who is to carry out the project and how to raise funds. 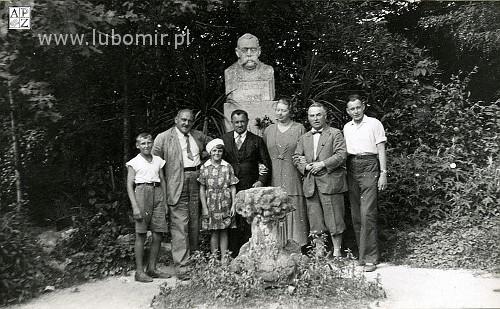 W 1935 a stone bust of Jan Zamojski was sculpted by Jakub Juszczyk. He did not consult the idea committee, because the sculpture was commissioned by Stefan Miler, a legionnaire from Zamość and Piłsudski. Zamojski's bust was placed 13 May 1935 in the zoo founded on the initiative of Miler. During the occupation, Professor Miler hid and kept the bust. After the war, it was placed in front of the former palace of entailers. It stood there until 2005 year, in which it was replaced by a magnificent bronze equestrian statue of the hetman. The modest bust went to the Zamość Museum.

In years 80. XX w. the idea of ​​honoring Jan Zamojski was revived in the circle of tour guides from Zamość. W 1986 In the same year, the Social Committee for Monument Construction was established, with an ambitious plan to unveil it in 1992 on the four hundred and fiftieth anniversary of the birth of Jan Zamojski. This initiative was unsuccessful due to a lack of adequate funding. However, the contractor was selected. The design of the monument was entrusted to Professor Marian Konieczny, the former rector of the Academy of Fine Arts in Krakow6.

In the elections in 2002 a descendant of the hetman became the president of Zamość (from the second line) Marcin Zamoyski. Already in the election campaign he promised, that he will do his best, to bring the matter of the monument to an end. The following year, the Mirando Foundation for Zamość took over the task of collecting money, Zamojszczyzna and Roztocze. Recognized, that the monument will be erected in 2005 on the 400th anniversary of the chancellor's death. This time the deadline was met. 25 June 2005 a year in front of the former Zamojski Palace (out of court) erected a bronze monument in height 6,13 m weighing approx 5 your. 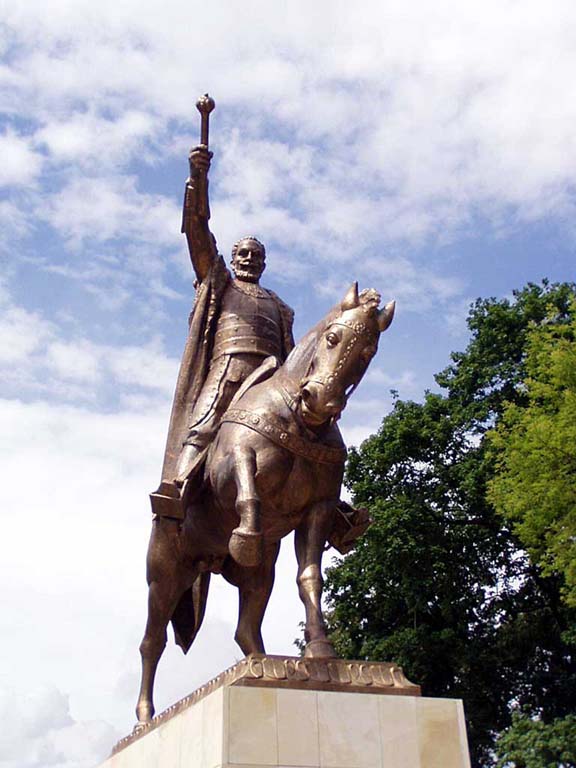 The monument stands on a reinforced concrete plinth covered with sandstone. The height of the entire building is 11,5 m. The author of the project is prof. Marian Konieczny, and according to the signature on the sculpture also his son Philip. The monument was cast in Gliwice.

The ceremonial unveiling of the monument took place 17 September 2005 roku7. The inhabitants of Zamość and numerous tourists visiting the city admit it, that the queen on horseback makes an impressive impression. The sculpture itself is one of the best works by Professor Konieczny. But this is where the problem comes in. Could the monument not be better integrated into the pre-palace space?.