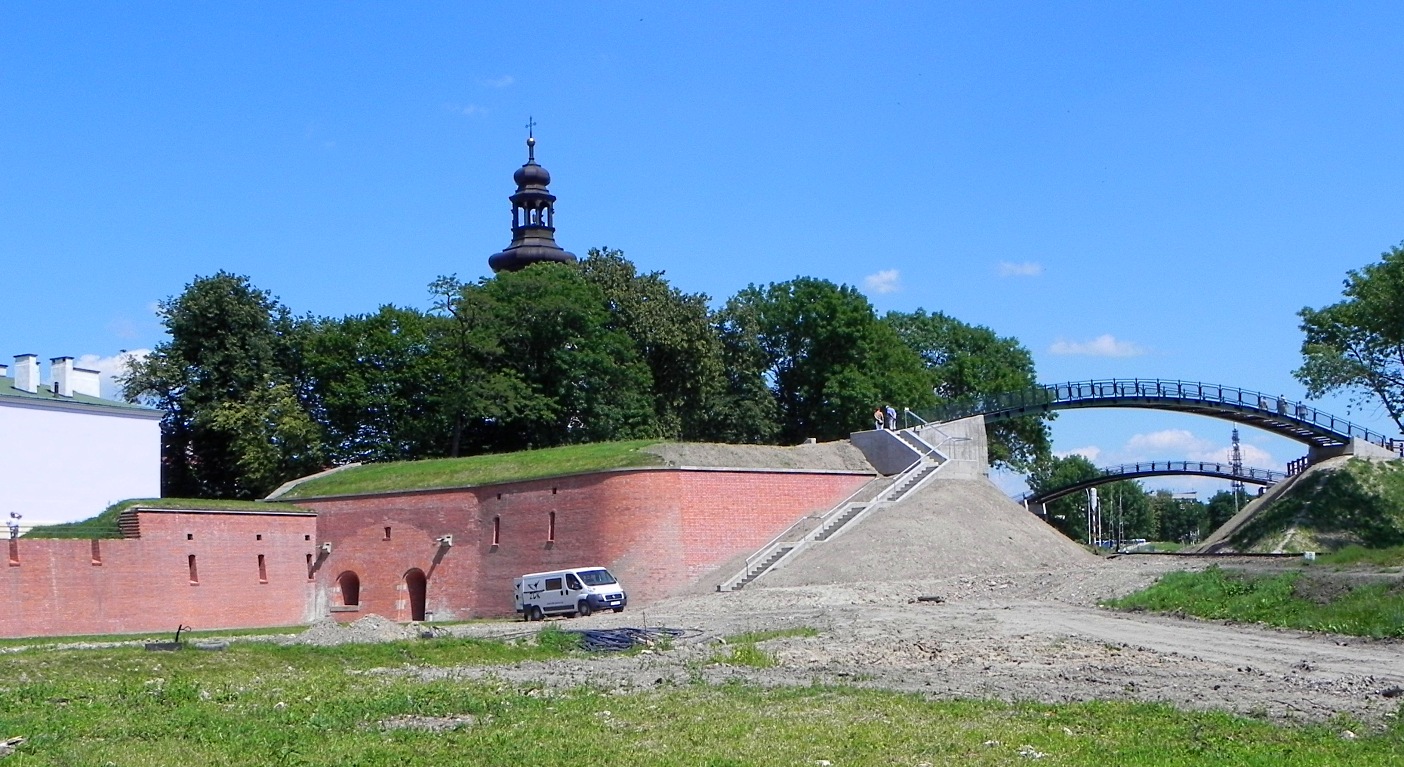 Now the dignified walls of the eastern bastion are replacing our way, in which the army used to be quartered. This part of the red brick fortress, with gray underlines of curbs and window frames, slightly curved inwards from the outside, once menacingly gazed at the hosts of the enemy through a series of arrowslits.

In the lower building, there was once the original Lwowska Gate, the construction of which still in 1599 r. Morando began, and he placed her near the bastion, to increase the effectiveness of its defense.

A bronze slab with a bust of Major Walerian Łukasiński was built into the southern wall, who, as a prisoner by the Russians in this cell, was guarded in 1824 and on the 25th. We bow our heads in homage to the Martyr of the Cause, whom neither the sternness of these walls, not the many years of torment of being cut off from the act of independence have broken, and from whose example in the pursuit of freedom you took, what came after him, as the latter testifies, a plaque built in next to it, commemorating the march of peowiaków w 1918 of the year from this place, as if straight from the fraternal embrace of the heroic arms of Walerian Łukasiński.

They must have understood the meaning of these walls well, which blocked the way to freedom with cold boulders.

Who knows, or to our ears, if we inclined our temple towards the cool and damp walls of the cell, the clink of a ball being dragged by a leg on a chain would not crawl away, or the still seemingly quiet whisper of a condemned man in the air, or a scrap of complaining about the misfortune of speech, or the broken words of Łukasiński, who by virtue of the history of the Greek heroes, in long nights he strengthened the spirit of companions of misery - the words of the Steadfast Knight, sometimes difficult to be tested, when the heart fell to beloved Fryderyka Stryjeńska, who faithfully and persistently waited for his return until the days of the January struggle. Who knows if the casemates would not move slowly in the dark, the most venerable, leaning shadow - or perhaps the hated by all, always appearing unexpectedly, the terror of the convicts of those years, captain Engebrycht.

But the sun looks inside with a dancing trail of pylines and takes us out of the darkness of memories with courtesy. It's not a cell anymore, nor is it a gate for a face made of rustico toscano, in which the top recess once stood the sculpture of "Salvator y s. Thomas "enclosed in graceful squeezes, which lent lightness to the raw silhouette of the body.

In the rubble lie the Saint's feet, pressed firmly against a stone pedestal and a crushed slab with remnants of the Latin inscription.